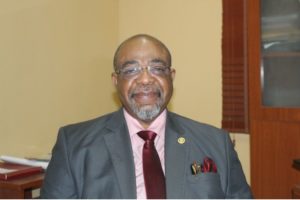 He was the Medical Director of Ayinke House for many years and the pioneer Director of Clinical Services and Training at the evolution of LASUTH in 2001.

He switched to a full time academic career at the Lagos State University College of Medicine in May 2005 with his appointment as a Senior Lecturer in the Department of Obstetrics and Gynaecology and promoted a Full Professor in October 2013. He has over 70 scientific publications in mainly international peer reviewed journals.

He was Acting Dean, Faculty of Clinical Sciences of LASUCOM in 2007.

In this capacity he was the University Senate representative on the inaugural Governing Board of LASUTH.

He also served on the Governing Board of Yaba Psychiatric Hospital representing NMA Lagos.

He was Chairman of the Hospitals Management Board Residency Training Committee

Past Chairman of the Lagos State Safe Motherhood Committee

He is Current Coordinator SOGON/MacArthur Reduction of Maternal Mortality Committee

Co Editor of the Tropical Journal of Obstetrics and Gynaecology, a publication of SOGON.

Deputy Editor In Chief of LASU Journal of Health Sciences.

He Is a Contributing Editor, Journal of Womens Health.

He is the immediate past Chairman of the Medical Audit Committee of LASUTH.

He is also the Chairman of the Medical Elders Committee of MDCAN, LASUTH.

He is currently the Chairman of the prestigious Yoruba Tennis Club, Onikan, Lagos.

He is also a member of Ikoyi Club 1938 and a Honorary Life Member of Ibadan Recreational Club.

He founded the Silver Knights Club of Ibadan in 1982. It remains the foremost socio cultural club in Ibadan till date.

He is also a proud member of the award winning Rotary Club of Gbagada and has served as the Chair of Rotary Foundation as well as Membership.

He is a Christian of the Anglican denomination and served as a chorister at Our Saviours Church Tafawa Balewa Square for over 15 years. He is currently an elder at  St. Judes Anglican Church, Magodo GRA.

He is married to Olubunmi, immediate past Director General of the Public Service Staff Development Centre, Magodo.

He is blessed with four children, one of whom is also a medical doctor currently training as a Community Health physician.

He is also blessed with a grandchild.