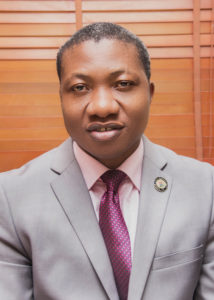 Dr. Ibrahim Akinwunmi Mustafa was born on the 25th of March, 1972. He is a Consultant Orthopedic Surgeon with sub-specialty in trauma and lower limb Arthroplasty.  His secondary school education was at Ijebu Ode Grammar School (1983-1988). He went on to study Medicine at the Obafemi Awolowo College of Health Sciences, Olabisi Onabanjo University (1989-1997). He had his housemanship at State Hospital, Ota between 1997 and 1998; and served his fatherland at Cottage Hospital Donga, Taraba State (1998-1999) as the medical officer in charge.

He joined the Health Service Commission as a medical Officer in 1999 and worked at, General Hospital Agbowa between 1999 and 2000, and General hospital Lagos between 2000 and 2002. He proceeded to National Orthopedic Hospital Igbobi for his postgraduate training. In 2008, he moved on to become a Consultant Orthopedic Surgeon at the Lagos State University Teaching Hospital (LASUTH) Ikeja.

He is currently the Director Clinical Services and Training (DCST) and Chairman Medical Advisory Committee (CMAC) of LASUTH. His hobbies are getting involved in social engagements and travelling.

He is happily married to Mrs. Jumoke Mustafa with children.